Anyone that knows me knows that I call all horses "Pony". Regardless of how big or small, old or young, it's a "Pony". Don't ask me where I started that. Probably somewhere about the same time I started calling all dogs "puppy" and all cats "kitten" again, regardless of gender, size, or age.

So when I say I got a pony this past week, what I really am trying to describe to you is an almost 16 hand BLM Mustang gelding that is 12 years old. He's built like a tank and somewhat resembles a draft cross. The freeze brand on his neck and his owner tell otherwise. 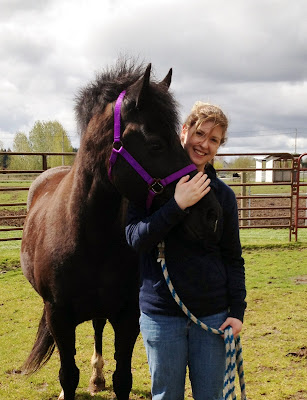 Occasionally I've been telling people that I got a boyfriend. And that he's tall, muscular, and black. And then stand there in amusement as they try to rationalize if I'm being racist or if I'm just making things up. (Why would I make stuff up?) And then I tell them he's got a nice tail...that really throws them for a loop. By then I'm usually laughing too much and the gig's up. 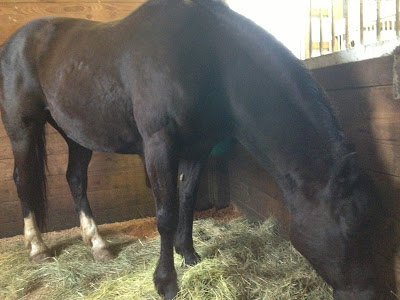 20 years, people. That's how long I've waited for this. I don't know when I specifically wanted a horse but I do remember very clearly being 7 years old and declaring I was going to be a jockey when I grew up. Thank you, Marguerite Henry. I was 10 when I realized I was going to be too tall and those dreams crashed down only to arise like a phoenix into a more glorious vision...ok, so maybe not like a phoenix...but I did decide to be a trainer and have my own horse.

I'm still working on the owning part - I lease him right now, but that's almost as good. His owner has done a fantastic job in training and now I get to pick up and continue on. I've got some amazing people behind me as I go forward and I'm excited for this year. 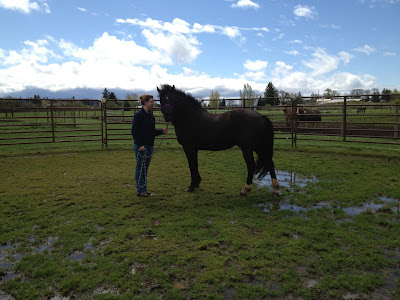 PS - his name is Logan. If you're following me on Instagram or Twitter, he's got his own hashtag. #loganthemustang   - yes, he's that cool.

Rachel
"...in Your book were written, every one of them, the days that were formed for me, when as yet there was none of them. How precious to me are your thoughts, O God! How vast is the sum of them!" Ps 139:16-17 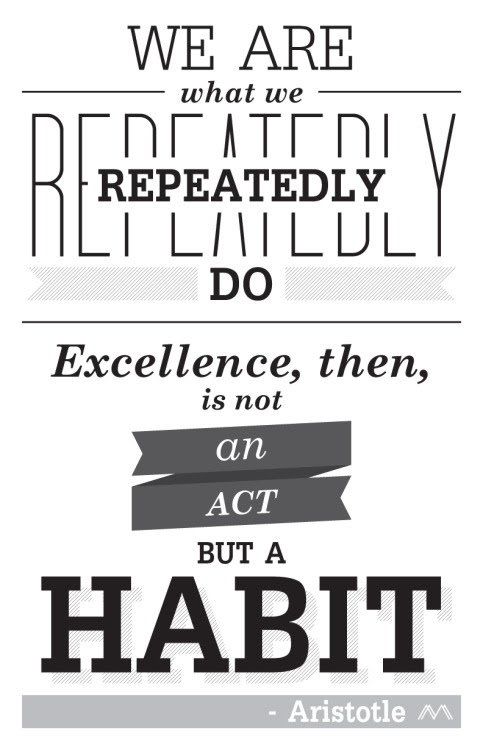